To foster a love of reading, kids need to be allowed to choose what to read, they say. Trust your child to choose what's good for them, they say. Let them read about a school principal running around in his underwear and disabling villains by shooting more underwear at them, they say. No, wait - nobody said that, but that is what happened after setting Evel Knievel loose in the library encouraging him to pick a book, any book. 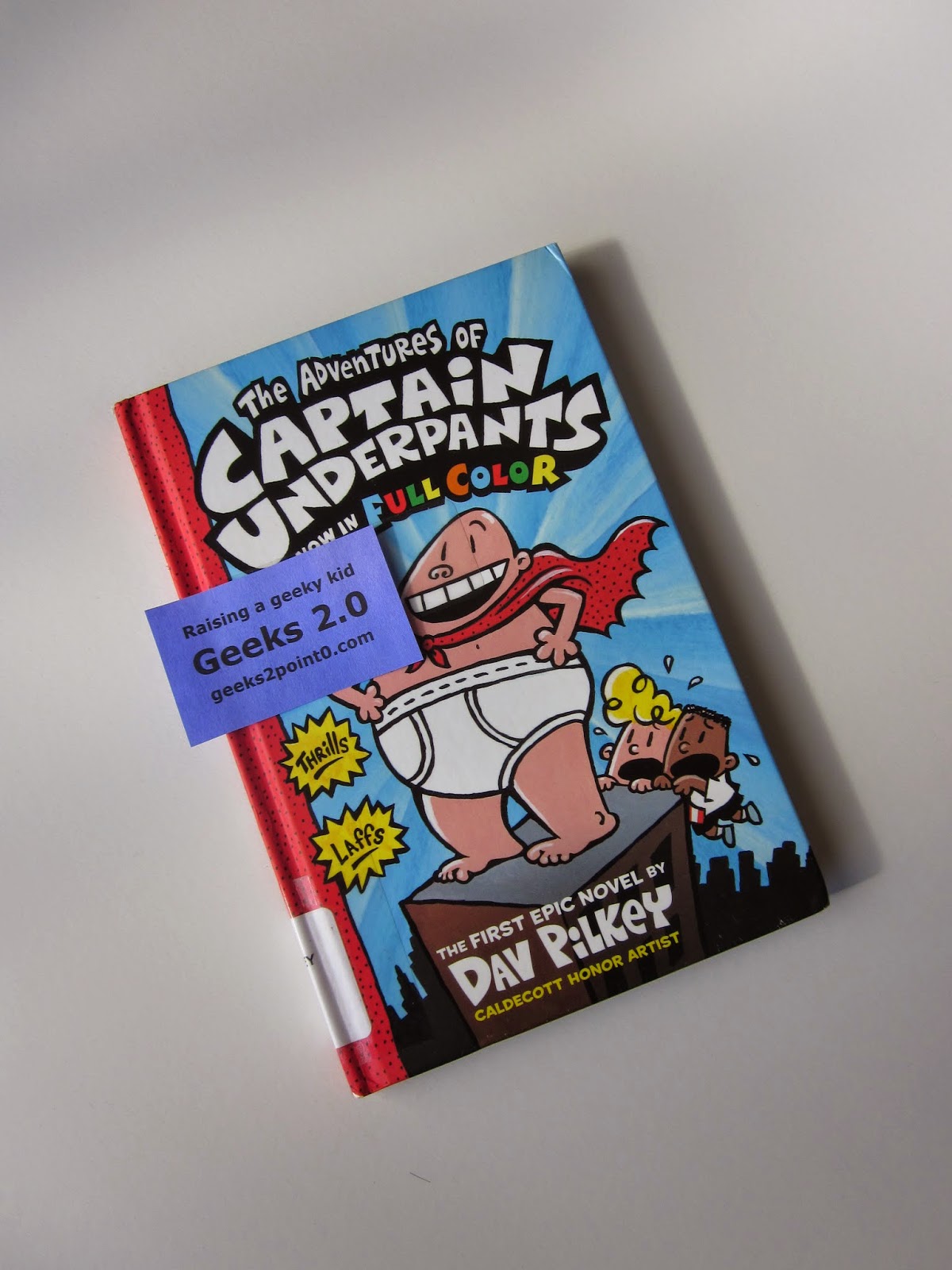 He came back with Dav Pilkin's "Captain Underpants", a series about an unusual superhero in underpants (and a weird cape made of a red curtain). If the objective is to get boys to read more, these books surely win the prize. They were practically inhaled. Evel started to sneak a flashlight into bed and read under the covers (this apple did not fall far from the tree). The belly laughs at 9:30pm gave him away.

"Captain Underpants" is an interesting cross of comic book-style diary and semi-animated superhero saga of two elementary school boys with deft potty humor. Fans of smelly armpits, talking toilets and evil scientific genius may rejoice. You are warned, they are not for the faint of heart.

Besides topping best-seller lists (and being translated into numerous languages), "Captain Underpants" is also one of the most banned books in the US. So there you have it, little boys like potty humor and ridiculous robot fights. What else is new. Looking at the company the book has on that list, I am inclined to interpreted this as an endorsement ... both Goodreads and Amazon customers seem to have a sense of humor and give it high ratings.

I am still undecided if the books intend to humor the adults potentially reading with their kids ("George and Harold were usually responsible kids. Whenever anything bad happened, George and Harold were usually responsible."), or to mock them ("WARNING: The following chapter contains graphic scenes showing two boys beating the tar out of a couple of robots. If you have high blood pressure, or if you faint at the sight of motor oil, we strongly urge you to take better care of yourself and stop being such a baby."). Probably both.

It seems a movie version is in the works too, and I am relieved to see that it looks like it will be an animated movie. Watching a flesh and blood human in a Captain Underpants costume is not really something I would be looking forward to. Some things are really better left to books and imagination. The things you do to raise a bookworm ...