Conventional wisdom seems to suggest that geeks and athletes are like water and oil - mutually exclusive and not meant to mix. Just google "geeky athlete" or "athletic geek" (the latter one apparently a geek who plays Wii Fit ...) and you'll know what I mean. However, while natural talent is certainly needed to excel in sports, it seems to me that understanding the science behind it is just as important. Yet the coaching my kids have so far received for various sports is surprisingly (to me) void of diagrams and illustrations. 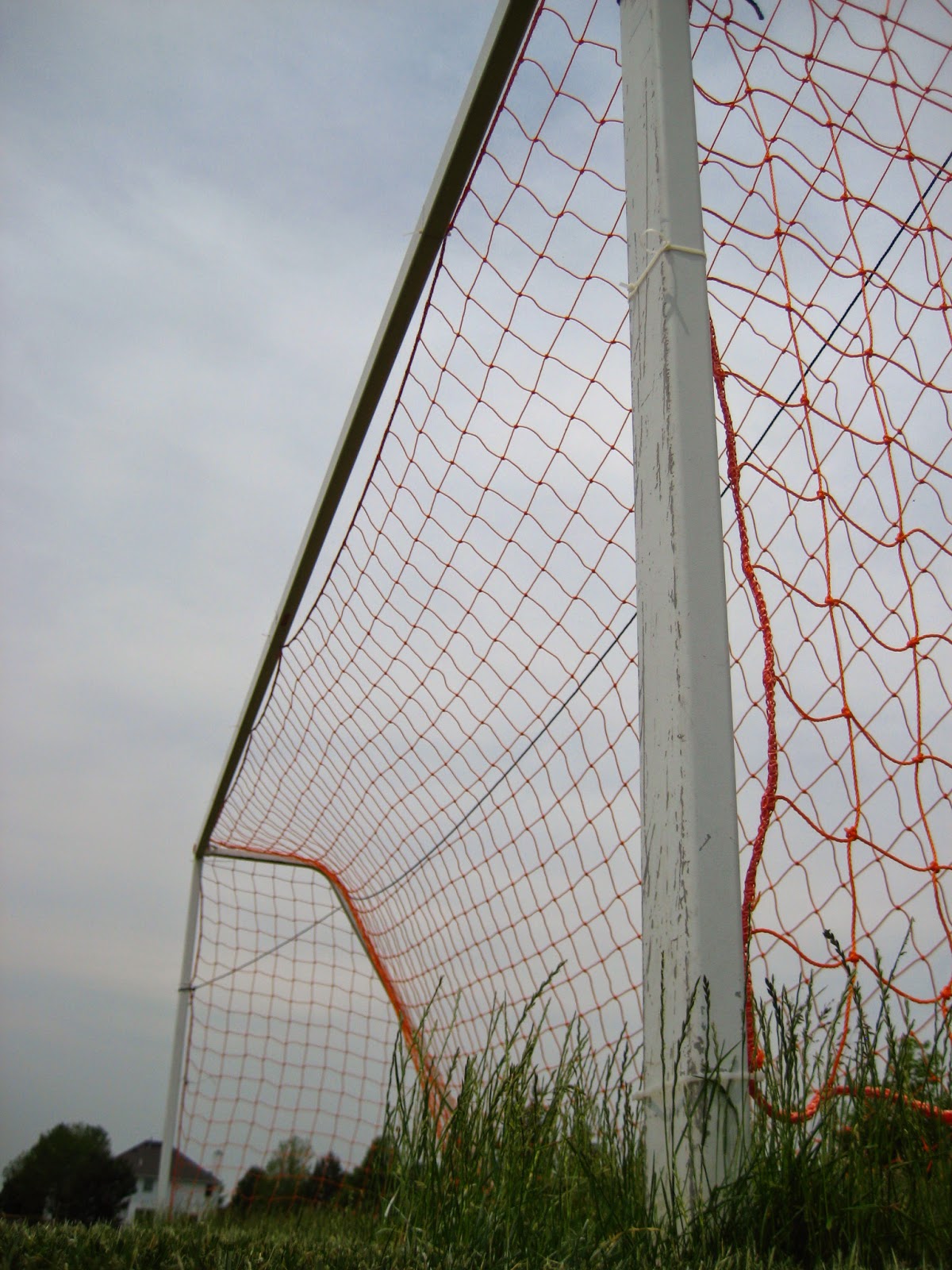 After watching Evel countless times outrun the defense but then miss the goal because he shot from a most unfortunate angle - and no coach ever mentioning it! - I took it on myself to explain the geometry of soccer to him. He thought that distance was what matters, but of course had no idea that angles play a role, too. So we started off with some drawings on paper, where I had him measure the width of the goal when shooting at different angles. Then we took this outside for an experiment and he tried 10 shots each from 3 different angles, from directly in front of the goal to from somewhere on the sidelines. We kept track on a score board. His eyes went wide with understanding. In the next games he'd make just a couple more step toward the center of the field before shooting. The results were dramatic. Math had saved the day.

Then this spring, I watched again in agony, this time baseball. Evel wants to be a catcher, but he could not cover the distance to the pitching mound, let alone first or third base. His balls flew slow and high, and plopped down half-way to the intended target with a pathetic thud. Despite his coaches practicing all the required body movements with him, there was not much improvement. Until I wondered if the problem is not his arm, but his head. Maybe he did not understand the physics of baseball? So another piece of recycling paper and a pencil stickman later, he had another epiphany. "Baseball is like Angry Birds!" Correct, angle and force determine where your ball will fly and how fast. Turns out he thought the higher he threw the ball, the further it would fly. He is only in first grade, so gravity, acceleration and force calculations are still a few years off, but the angry birds analogy made the concept of the 45 degree angle producing maximum distance crystal clear. And then he went out and threw a practice ball over the fence into the neighbors yard, about twice as far as he had ever before. Science is awesome!


Bottom line, even if you are a geek that grew up in a watershed world where you could only be a geek or an athlete, or if you have never (successfully) played any sports yourself, you can still coach your kids - with pencil, clipboard and protractor. And help your child to become a geeky athlete.